I picked up a used camo, M-43 styled hat, off of eBay the other day....... a great price and a great style.  The hat is obviously a modern copy or reproduction based on the WW2 German Splittermuster (splinter-pattern) Camo field hats that were field-made out of the Wehrmacht zeltbahn material.  The hat is very well made and I'll use it as my out-and-about field hat. 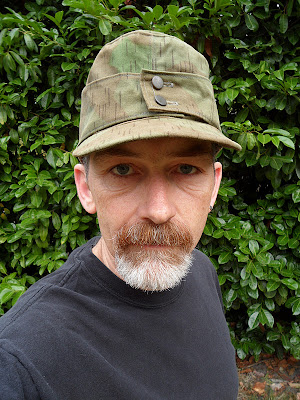 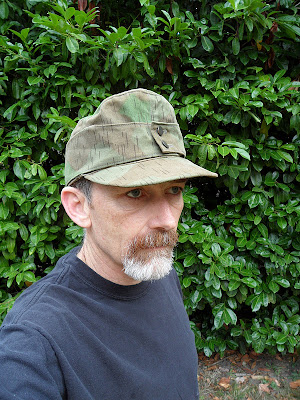 The camo print is almost right......... but just a bit off from all of the Splittermuster camo patterns that I have seen used by the European countries, from WW2 to the post-war period.  The one big difference is the "rain drop" dashes.  All of the historic splittermuster camo patterns use green dashes, and this hat has brown dashes.  It seems odd that a manufacturer would make a reproduction-camo and miss that obvious detail, so maybe I'll discover what it is actually based on or made from at some point down the road........ another mystery to investigate!

Here's a comparison of my hat with a Swiss Zeltbahn Pole Case from WW2. 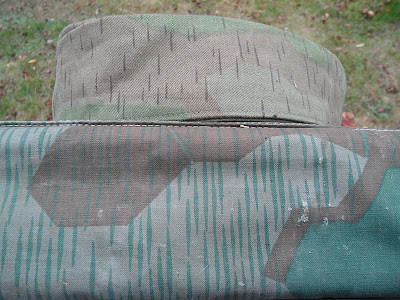 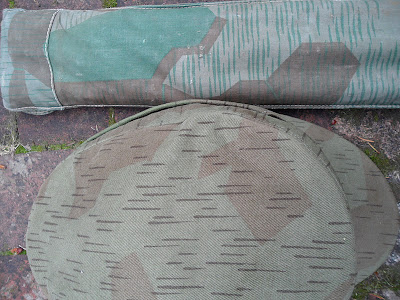 Here are the photos of my new hat: 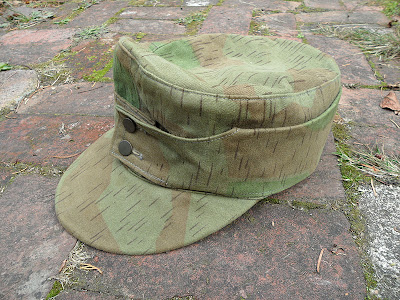 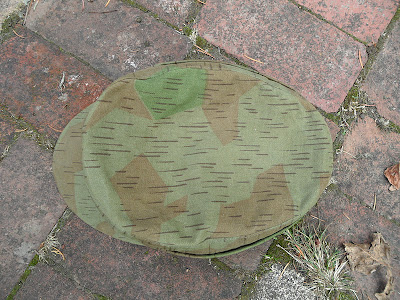 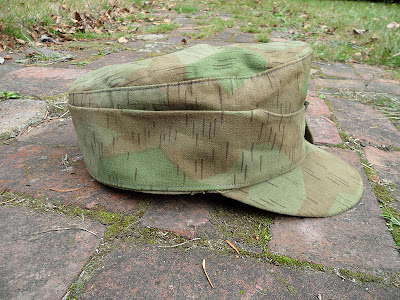 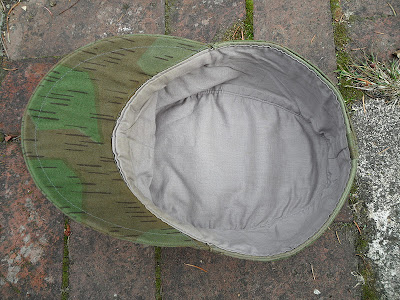 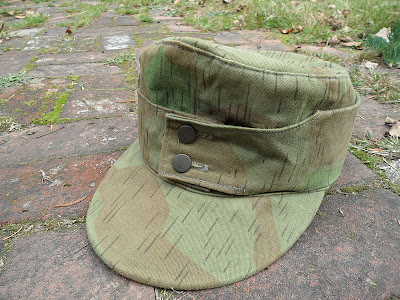 Here is a historical photo of a German Wehrmacht solider from WW2, wearing a Splittermuster hat.  These hats in the splinter camo were not common, but they were worn. 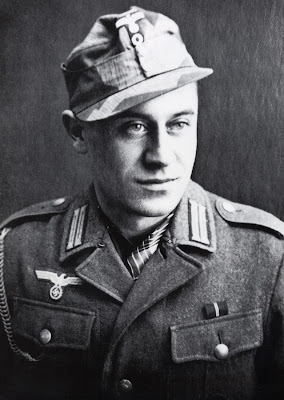